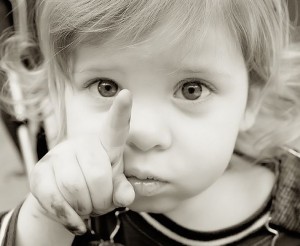 If you have children, you have definitely heard this before. Our children don’t have a problem saying no. Unequivocally. Emphatically. And we are very clear on where they stand. Shouldn’t we be as crystal clear with our clients?

I recently had to deliver a hard message to a client about scope creep. We had a well defined scope with a clear set of objectives for a project. The scope did not include a technology solution to support the new program. However, current vendors were putting pressure on the team and the leader was getting slammed with “shiny new toy” emails. I could tell they were beginning to believe we could not live without a system.

I could see this coming from a mile away, and if I did not act quickly the entire initiative would be strapped with unrealistic expectations and doomed for failure. But when you are trying to support a customer, saying no is easier said than done.

Here are three tips for saying No effectively:

1. Deliver the message sooner rather than later

If you see that other activities are creeping into your project and they will impact your delivery, you need to bring this up to your steering committee/sponsors as soon as you see it happening. You don’t want anyone assuming that this new task will be implemented as part of your solution.

So I don’t suggest you stomp your feet and pound on the desk while shouting No, No, No. Instead, refer back to your project charter for starters (hopefully you have one or something similar that was agreed to by all stakeholders). Then provide sound business reasons why this new task, or in the case of a system implementation, a new project, can’t be successfully deployed along with the current scope. But, you can provide options on alternatives that may be useful in the meantime.

Nobody wants to hear no as an answer. However, giving clients a false sense of hope of thinking that you can squeeze in an implementation is setting yourself, the project and the client up for failure. Turn this into a win-win.