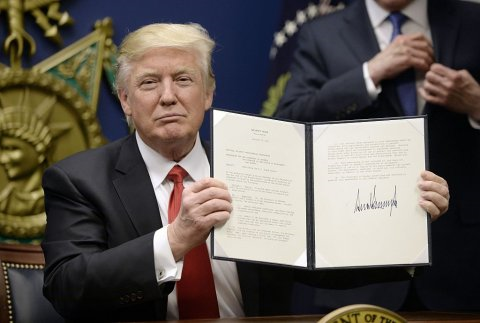 Early in his presidency, President Trump signed an executive order banning the entry of nationals from seven countries into the U.S. for 90 days, along with other suspensions.  The action stirred loud voices on both sides of the issue. The opposition was widespread and loud, but many polls show that more people supported the action, even if they do so more quietly. Regardless of the pros and cons of the action, there is one point on which nearly everyone can agree: the way the order was rolled-out was problematic. In examining these problems, there are valuable lessons about change management.

While the President enacted the order quickly, implementing the new policy had immediate and lasting consequences on those impacted. People were stuck in airports. Confusion

about the details was widespread, and a flurry of judicial activity has followed. What happens when an organization makes a decision to implement a new policy without considering its implications on stakeholders? Very simply, it makes more work for everyone. So, whether your title is President of the United States, CHRO or HR Business Parnter, here are four basic change management ideas to consider when implementing your next policy change or initiative.

As leader of the free world, one of the biggest adjustments Mr. Trump had to make was to get used to having less power than he did as a business owner. Many middle managers have more experience in this area than an owner of a multi-billion dollar global enterprise, because managers are accustomed to building consent and support to make their plans and policies succeed.

Quickly throwing new procedures over the wall only confuses stakeholders, forces them to create their own processes, and fosters fear. Know and involve your audience, get proper approval, and provide guidance for your stakeholders. This is a better recipe for a smooth transition and wide adoption of a policy that can achieve its intended results, quickly and effectively.